Stress and the traumatic stress reaction 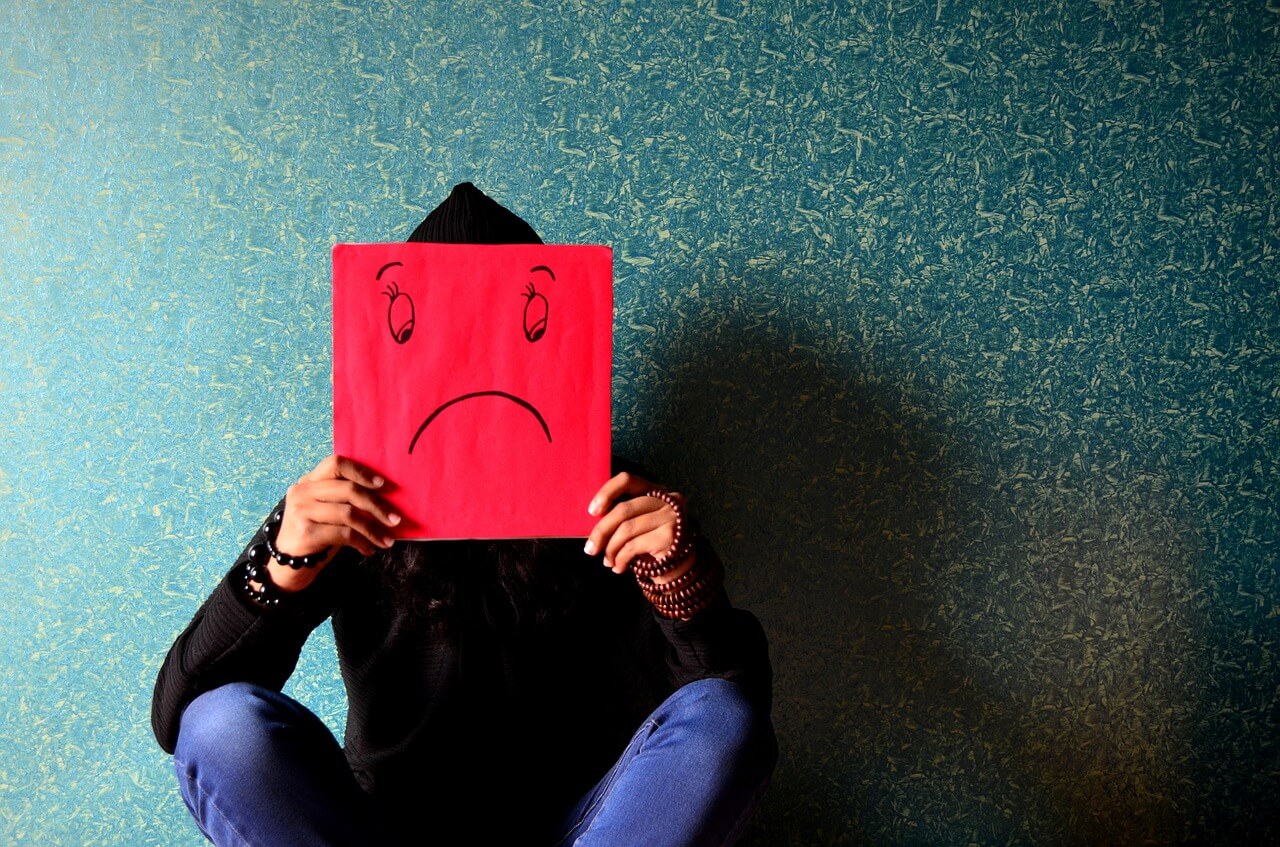 We are all stressed at some time or other.

Other words we might use to describe how we feel might include: feeling pressured, under strain or tense.

So what is stress?

According to the online Oxford Dictionary, stress means “a state of mental or emotional strain or tension resulting from adverse or very demanding circumstances.”

Factors affecting the facility with which we are stressed include: the situation/circumstances we are facing (whether internal or external) and their meaning to us; our physical and emotional state at the time; our character and associated personality traits, such as frustration tolerance; our history and the extent to which we are sensitized or primed to respond when triggered; whether we have someone we can share the burden with or feel alone with it all.

What can we do when beginning to feel stressed?

Granted that, like anxiety, some stress is good for us, as it keeps us on our toes and challenges us to step up the pace or do better in some way, other things being equal, it is better to nip a mounting sense of stress in the bud than to allow it to spiral and get out of hand.

One of the best ways to do this involves being attuned to our felt sense, and regularly identifying sources of tension and constriction in our daily lives. We can pick a specific incident or situation and localize the associated tensions and constrictions in our body. It is important to choose one sensation of constriction at a time, and discharge it, for example via the techniques SE has provided (e.g., such as focusing and the rhythmicity of pendulation between constriction and expansion), techniques which mimic how the body works, and are geared to remind it to do so, when it falters.

When the stress is related to events or traumatic experiences that overwhelm our nervous system, we have the makings of a traumatic stress reaction. We may appear anxious or nervous, we fret, we worry and we tend to overreact.

According to Levine (1997), we may identify four main components in the traumatic stress reaction:

Freezing (immobility), associated with a feeling of utter helpless and paralysis.

Symptoms of hyperarousal that appear during times of conflict or stress include: increased heart palpitations i.e., rapid heart beats, a pounding heart; breathing difficulties; difficulty in sleeping; tension, psychomotor agitation, racing thoughts; an anxiety attack. Hyperarousal cannot be controlled at will, and indicates that the body is gathering its energetic resources to mobilize against a potential threat. This is also manifested in hypervigilance, when all change, even internal one, is perceived as a threat. Some of the undischarged, excess biological energy is consequently channelled into the muscles of the head, neck, eyes and ears, affecting the orienting response. The person does not feel safe, and is constantly on the lookout for an external sense of threat, even when there is none.

Constriction can be experienced as a tightening or tension, affecting every function and part of the body. It also limits our perceptual awareness of the environment— once we orient to the potential threat, it commands our full attention, and we ignore less salient aspects of the surroundings.

Dissociation may be mild (e.g., feeling “spaced out”) or pervasive, affecting the entire personality, as in multiple personality disorder, or as it is referred to today, dissociative identity disorder.

It reflects a breakdown in the continuity of our felt sense, and includes distortions of time and perception.

It may involve a disconnection from our body, such as the experience of looking down at ourselves from above, in an altered state of consciousness; a disconnection between one part of the body, such as the head or limbs, and the rest; a split between the self and emotions, thoughts or sensations; or a divide between the self and the memory of the event, in part or in whole.

Denial and disavowal may precede dissociation.

As above, there is a disconnection between the person and the memory of, or feelings regarding a specific event.

In denial, that which is denied disappears from consciousness, as if it doesn’t exist. The person unconsciously refuses to recognize some painful attribute or perception of his inner or outer reality.

In disavowal, the actual event may not be denied, but its significance is.

Generally speaking, these mechanisms come into play to protect the self from being flooded by anxiety and other intolerable affects (Solan, 2015).

At the time of the traumatic event, “denial helps preserve the ability to function and survive.” (Levine, 1997, p. 165). However, it can become a maladaptive symptom of trauma, when chronic.

Imagine a car where both accelerator and brakes are pressed down at the same time. This is analgous to what happens during a traumatic reaction. Complete immobilization ensues, accompanied by a sense of paralysis so profound, the person collapses and unable to move, is utterly helpless. An echo or remnant of this feeling will remain, even when the immobilization relents and wears off.

Although we have all experienced some form of each of these components, when they appear together over an extended period of time, we have the makings of a residual traumatic reaction to threat, whether internal or external, real or imagined, and the person becomes symptomatic. Symptoms emerge when these processes remain chronic and habitual. Thus, processes that initially came into being to protect us and serve a protective function, can become maladaptive and indicate that the nervous system is still activated, behaving as though our very existence is at stake.

When the sense of impending danger will not go away and continues to nag at us constantly, we remain in an elevated state of arousal that feeds itself. The more aroused and activated we become, the greater our sense of danger; the greater the danger, the more activated we become. Constant hypervigilance brings in its wake an ongoing sense of fear, paralysis, a sense of victimization associated with helplessness. There may be feelings of impending death, which can be intensified by other feelings, such as panic, terror, rage, and utter helplessness. This is the recipe for traumatic anxiety.

Traumatized people may lash out, fueled by the energy contained in their traumatic symptoms. Thus, someone who was hit as a child may feel compelled to hit as an adult, re-enacting his own traumatic experiences. Moreover, we tend to be unconsciously drawn to situations that replicate the trauma. For example, a driver may be involved in repetitive car accidents. Certain events may be re-enacted in close relationships.

It is thought that much of the violence in our world is a result of unresolved trauma, which is repeated and re-enacted in futile attempts to gain mastery and re-establish a sense of empowerment. Without appropriate discharge and the completion of what Levine calls “renegotiation of trauma,” it is believed that the cycle of violent re-enactment is doomed to repeat itself.

According to Levine, in renegotiation of trauma, “the repetitive cycle of re-enactment is transformed into a healing event.” (1997, p. 179). Consequently, the need for blame or revenge dissipates.

How this transformation comes about is beyond the scope of this article. Suffice it to say it is possible because a counter-vortex to that of trauma, what Levine (1997) and Ross (2008) metaphorically call a “healing vortex” arises spontaneously. The healing vortex provides us with the resources needed to successfully renegotiate the trauma vortex which tends to draw us into its swirling turmoil. We access our resources through the felt sense and the positive sensations and healing images that we allow to emerge.

According to Levine: “By moving between these vortices, we release the tightly bound energies at their core—as if they were being unwound. We move towards their centers [from the periphery] and their energies are released; the vortices break up, dissolve, and are integrated back into the mainstream. This is renegotiation…” (p. 199, my brackets). 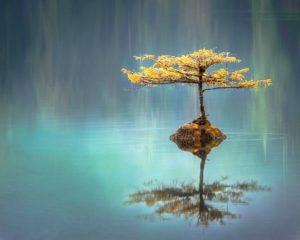 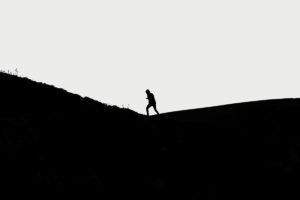 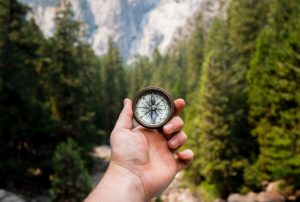 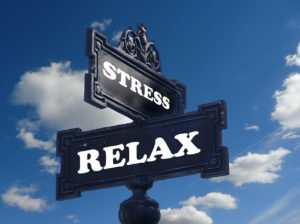 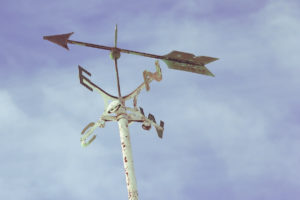 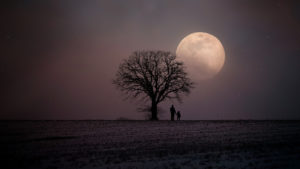 What is depression and how prevalent is it? 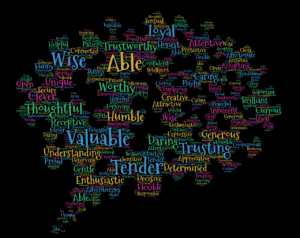 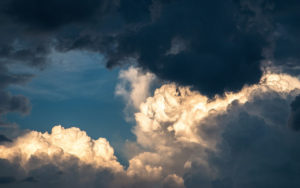