What is trauma? Can it be prevented or healed? (Part I) 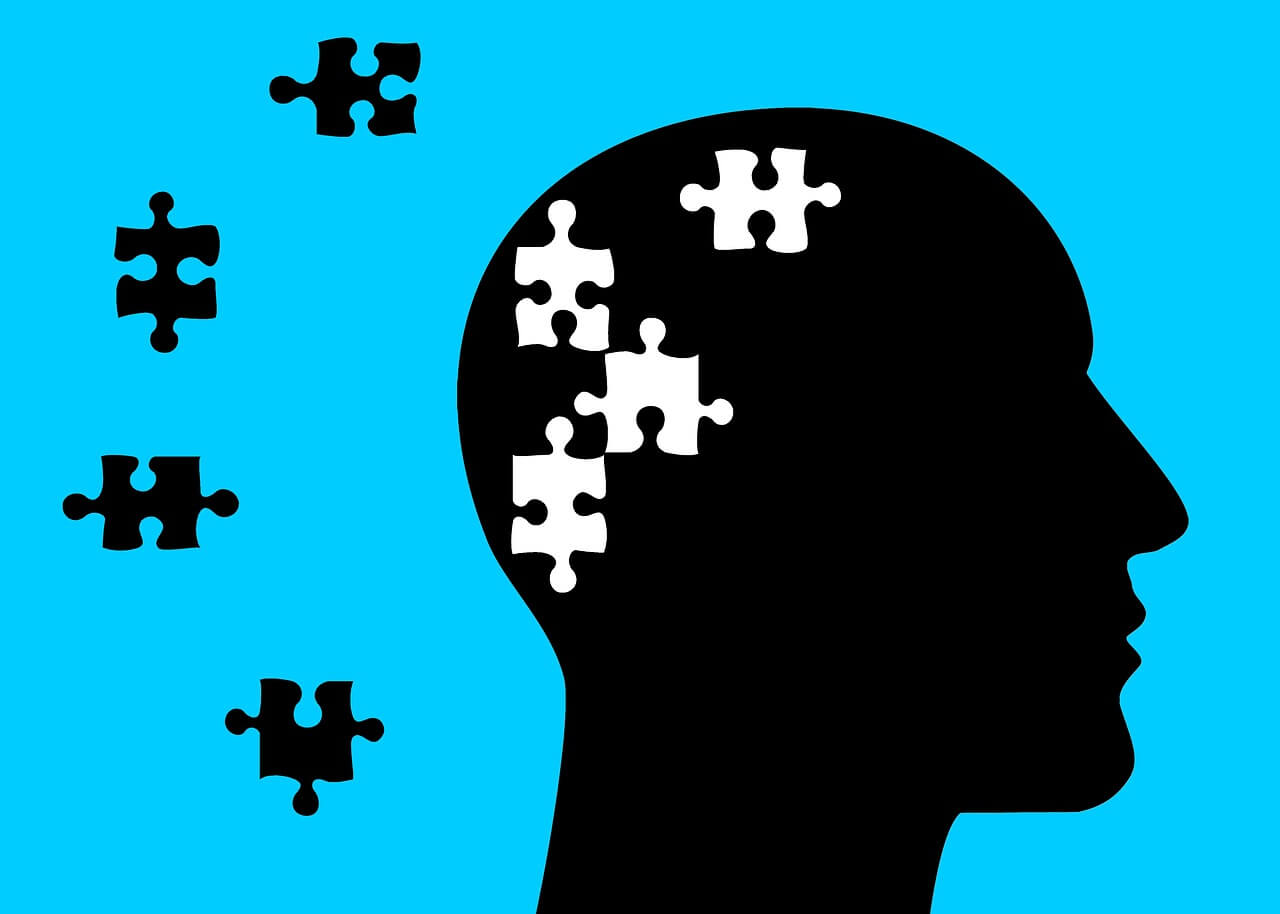 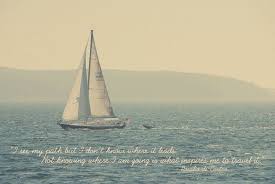 The ‘Stream of Life’ metaphor describes our emotional life, which flows like a river within its banks. This river contains all our sensations, feelings, thoughts and behaviors, which are under our control. There are also stones and boulders in the riverbed, difficult situations we have faced in the past, and which may account for some of our personalities quirks [sic], but which are still part of the river of life and under our control.

Under optimal conditions, our autonomous nervous system has the flexibility and resiliency to deal with the stresses and strains of everyday life (Levine, 2008; Ross, 2008). These optimal conditions exist when one is born with an intact nervous system and grows up within what the psychological literature has described as ‘the average expectable environment’ (Hartman, 1939) or ‘the good-enough holding environment’ (Winnicott, 1941), which safeguard the processing of our innate ‘healthy narcissism’ (Solan, 2015) and our felt sense (Gendlin, 1982) of continuity and self-cohesion.

Some causes of trauma

According to Levine and others, obvious causes of trauma include: early childhood experiences of neglect, betrayal or abandonment; childhood abuse (emotional, physical and/or sexual); witnessing or experiencing violence; war; terrorist attacks; rape, and serious injuries and illness.

Not everyone becomes traumatized when faced with a particular life-threatening event, whether perceived or real. Moreover, even the same person may respond differently at different points in time, depending on the state of their nervous system.

As increasingly understood by trauma specialists, trauma is not a quality or characteristic of a specific event that becomes ‘traumatic’ upon assuming certain proportions, but rather, it refers to the specific arousal reaction (activation) of the person’s autonomous nervous system (Levine, Ross) in response to a given challenging event at a certain point in time. More specifically, it describes a state of overwhelm, in essence, a breach in one’s optimal functioning.

“When traumatic shocks are too overwhelming, they cause a breach in the banks of our river. They break the levees and create an abrupt rush of energy outside of our control: a trauma vortex. The pull of the trauma whirlpool reduces the flow in the river and diminishes our capacity to manage our sensations, feelings, thoughts and behavior. If this vortex is not discharged, it becomes fixed in our body/mind, making us easily re-triggered and hyper-aroused. Alternatively, we learn to fear and avoid that whirlpool so much that we spend our time and energy trying to steer away from any possible triggers or links to it, thereby creating artificial barriers and limiting the scope of our lives. 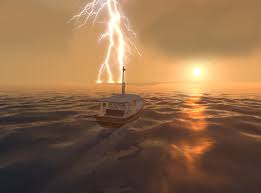 However, at the same time that a trauma vortex is formed, a healing vortex–or counter vortex–takes shape, allowing the traumatic event to be assimilated in the stream of life.

However, when traumatic events are too overwhelming, the innate ability to heal is too weak to process the event on its own. It needs resources, attention and awareness.” (p. 50)

Ross has described the relationship between the trauma and healing vortices in a series of books entitled, ‘Beyond the Trauma Vortex. Into the Healing Vortex’, each of which was written for a specific sector of the population (physicians, psychologists, religious figures etc.) She considers the kernels of healing to be present in the original trauma. If dealt with effectively, trauma is considered to have transformative powers (Ross, 2008).

When faced with a threatening situation, we tend to reach out to others (Porges, 2011).

When help is not forthcoming, we resort to an innate, patterned response to danger: either fight, flight, or freeze. From the viewpoint of survival, these three options are equally viable, as long as they work. If we cannot flee, we try to fight; when all else fails, we collapse in utter helplessness (the dorsal vagal response.) If we are lucky, this collapse may save us from our predator, who may momentarily lose interest.

Problems arise when the person’s autonomous nervous system is overwhelmed by a life-threatening event, whether perceived or real, and subsequently remains stuck in freeze when the original threat is no longer present. It is as if both the gas pedal and the brake were pressed simultaneously, and there is no movement, either backwards or forwards. For reasons beyond the person’s control, they remain in the freeze mode and there is no discharge; hence, their impulse to complete a flight or fight response, the thwarted movements of fight or flight (which may manifest as part of the trembling and shaking, as slow motion videos of animals suggest) cannot be executed. Scaer (2014) calls this a ‘truncated freeze.’

The result: the enormous survival energies that were recruited to deal with the threat remain largely unused or ‘undischarged.’ With nowhere to go, they eventually become symptoms. The symptoms may be understood as binding up this unused energy, telegraphic messages ‘asking’ us to pay attention to them and their bodily referents. The undischarged or truncated freeze (frozen energy in our body) consists of elements of both flight and fight. This may be exemplified by instances in which people come out of anesthesia in a ‘disorganized’ or ‘combative’ fashion. It is important to carefully monitor and titrate the ‘thawing out’ process as a person comes out of a freeze. The use of micro-movements in SE is one such technique.

In dynamic terms, the freeze response may be understood as the ego blocking the nervous energy from being discharged; the protective function of this defense mechanism is to protect the self from being flooded over and over by unbridled traumatic energy. Turned against the self, the tremendous frozen energy is expressed in destructive symptoms, such as psychosomatic symptoms and depression.

Why does a truncated freeze discharge occur?

Our thinking brain may override the natural, innate impulse to discharge survival energy (a wild animal discharges automatically, completing thwarted movements when necessary). We may fear shaking and trembling (an innate discharge) and inhibit it, associating it with lack of control. Thus, we interrupt the very thing that could have taken us out of the immobility of the freeze. Alternatively, we may feel the need to jump up and resume functioning without having first allowed our nervous system to discharge the surplus energy for as long as it needs, and to resettle (see post on car accidents).

Another reason may be the state of our nervous system before we entered the freeze. The more challenged or dysregulated it was before the current threat (for whatever reasons) the greater the likelihood of complications, such as re-traumatization upon coming out of the freeze – unless this process is carefully managed and titrated well. (This is well known when people are anesthesized for medical procedures: they come out as they go in.)

From a dynamic viewpoint, the freeze response is understood to represent the turning of aggressive energies towards the self (e.g., psychosomatic symptoms, depression.) This aggression is not neutralized or tamed by proportional libidinal impulses. There is not good-enough emotional self-regulation, and our attachments may suffer accordingly. This freeze is thought to occur because the ego was not prepared enough for the experiences it needed to deal with; perhaps the challenging event was too sudden, or too drastic for the ego to master the challenge.

The importance of discharge

Once we are aware that the discharge process is crucial and immunizes us from traumatic sequelae or symptoms, we should not only tolerate it, but welcome it and give it all the time it needs.

In addition to trembling and shaking, other signs of discharge may include: deep, organic, spontaneous ‘diaphragmatic’ breaths; yawning or burping; warm sweat or heat waves; gurgling in the stomach; spontaneous crying or laughing.

Hartmann, H. (1939). Ego Psychology and the Problem of Adaptation. London: The Hogarth Press.

(1964). ‘Ego-distortion, cumulative trauma and the role of reconstruction in the analytic situation. In: The Privacy of the Self (1981). London: The Hogarth Press.

Solan, R. (2015). The Enigma of Childhood. The Profound Influence of the First Years of Life on Adults as Couples and Parents. London: Karnac.